See the dark underbelly of the Roman Empire 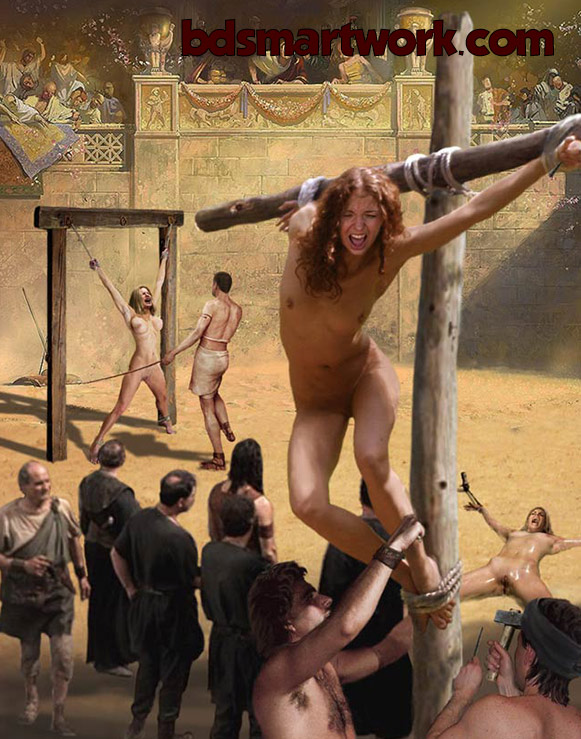 “Noooo! Please, I did everything you wanted!” Amelyth cried as the Romans began lifting the cross. The cum of a dozen Romans was flowing out her red, stretched out pussy and her hair was crusty from the dried semen of a hundred Romans. She was to be the totem of the Raptio festival, and her freshly violated body would hang in the center of the arena until every man in the city had drained his balls into or onto one of the dozens of available slave girls.
“Please, let me suck your beautiful Roman cock! PLEASE! HELP ME!” Norona sobbed as the brutal Roman in front of her ran the vicious cane across her soft, heaving breasts. “Please don’t hit me with that!” 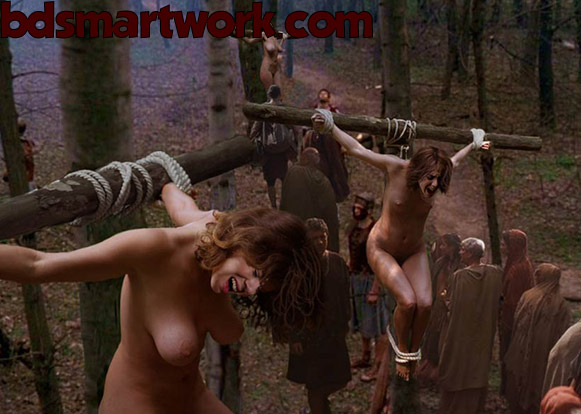 “The whores of Germania, gentlemen. As you can see they’re all inferior specimens of womanhood.” The Princeps said.
Hours earlier these unfortunate women had been the taken by an entire Roman Century, 100 men still covered in blood from slaughtering their husbands in battle. There was something about shedding blood that made the Roman’s libido rage out of control, and they took these women viciously. Making sure they had no pleasure in it, even going so far as to wipe their cum out of the holes so that they wouldn’t be lubricated. And the rough hemp cloth they used only made their bruised, swollen labia even more raw and sensitive.
Now they were out here, a warning to the other tribes of Germania. Well at least until the next patrol came by, who undoubtedly take them down to empty their own balls into the broken women…